Statement of Support and Solidarity of #OurLondonFamily 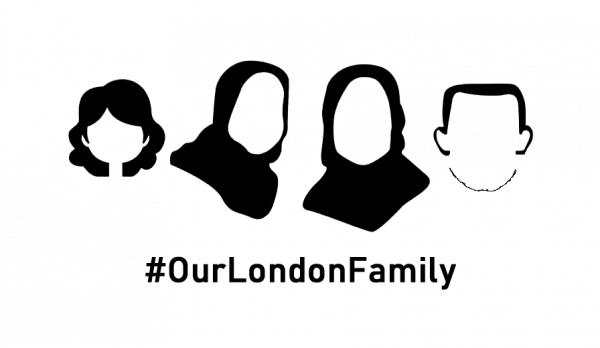 In the name of God, the Most Gracious, the Most Merciful

We encourage you to prioritize your mental and emotional wellbeing as you choose how you want to engage with this statement.

May this message reach you in the best of states.

It is with a heavy heart that we find ourselves having to write these words once again. Words with which we have all become much too familiar recently. Words we have heard in the aftermath of the Quebec Mosque Shooting in January 2017, and last year’s murder of Mohamed-Aslim Zafis. On those days, the forces of murderous hate, racism, and prejudice reared their ugly heads and took the lives of our community members in the very places where they were most at peace.

These ugly forces re-appeared once again through a heinous act of violence in London, Ontario, claiming four lives—representing three generations—of a single innocent family and  orphaning a young nine-year-old child. Their only crime was to be out on a Sunday stroll in the park.

The Prophet of God (peace and blessings upon him) is reported to have said: “The similitude of believers in regard to mutual love, affection, and fellow-feeling is that of one body; when any limb of it aches, the whole body aches, because of sleeplessness and fever.” Our communities, Muslim and non-Muslim, are in pain because of this unspeakable act that has been inflicted upon our London family. We are touched by the support and thoughtful messages shared by members of the McGill community and outside of it, but we cannot emphasize enough that our response to these repetitive tragedies must go beyond thoughts and prayers.

We should not treat this as an isolated event. We must also mention the spike in anti-Muslim acts, occurring on a regular basis all over Canada, like the verbal abuse of a mother and her kids, vandalism of a place of worship, physical assault of an innocent woman out for some fresh air, and countless others.

Those who commit such crimes against humanity have little understanding of the people, faith, and communities they despise so vehemently, to the point where they would dedicate their lives to causing such horrific pain and suffering. The suspect is twenty years old, similar in age to most of us students. Yet their ignorant and ugly desires had a dire impact on many. The acts of these ignorant killers speak to a larger, more damaging system of bias, discrimination, racism, and violence across our various institutions. We cannot ignore how personal attitudes of bias, bigotry, and outright hate take cover under, if not emerge from policies and ideologies that are legitimized within our institutions, societies, and governments.

We ask you all, whether you are an entering student or an established student leader, regardless of the faculty you study in or the field in which you end up working, to do your genuine best in eliminating the anti-Muslim sentiments you are exposed to in discussions and decisions, personally and professionally, now and in the future.

We invite everyone to become more familiar with the basics of who Muslims are and what they believe in. We invite the McGill community to engage further with the Muslim Students’ Association (MSA) and the Thaqalayn Muslim Students’ Association (TMA) through our various community engagement and educational initiatives that could help bridge these gaps.  You are always welcome to reach out to our student groups if you ever require any support or would just like to have a discussion. The MSA also provides free counselling with qualified and educated chaplains, regardless of backgrounds. You can sign up for a session here.

Here are ways you can help:

Finally, our community finds comfort and peace in this befitting verse from the Noble Qur’an, “And do not think of those killed while walking the Path to God as dead: indeed they are alive and are receiving a nourishing provision of goodness from their Lord.” [3:169]

Statement of Support and Solidarity of #OurLondonFamily

Statement of Support and Solidarity of #OurLondonFamily Statement  from the Muslim Students’ Association (MSA) and Thaqalayn Muslim Students’ Association (TMA) endorsed by The SSMU Executive Committee Wednesday, June 30, 2021 In the name of God, the Most Gracious, the Most Merciful Content Warning: Murder, Violence, Death, Bigotry, Systemic Racism, Islamophobia We encourage you to prioritize...

Statement on Independent Investigation Regarding Surveillance and Doxxing

Statement on Independent Investigation Regarding Surveillance and Doxxing June 30, 2021 Content Warning: Harassment, Systemic Racism, Doxxing We encourage you to prioritize your mental and emotional wellbeing as you choose how you want to engage with this statement.  To members of the SSMU community, The Students’ Society of McGill University (SSMU) has officially launched an...