Advocate for the causes you believe in and fight for change with a Political and Social Activism Club!

Democrats Abroad at McGill helps members of the McGill community navigate the absentee voter registration process through on-campus voter registration drives. We also organize opportunities for student activism, social gatherings to view major political broadcasts, and trips to the United States. Democrats Abroad provides a safe, welcoming, and inclusive environment for political discussion and debate pertaining to the Democratic Party’s interests and welcomes students, regardless of their country of citizenship, to participate and learn about U.S. politics and the Democratic Party. 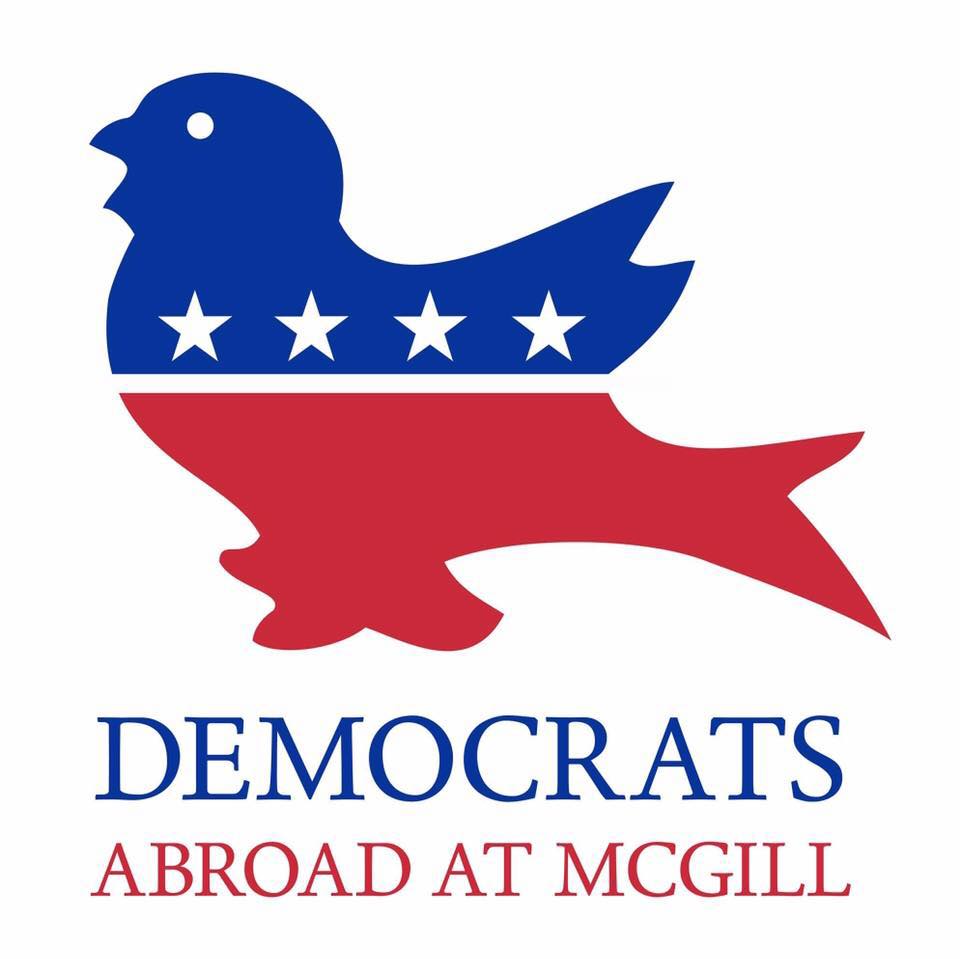 The Diversity in Math club at McGill university is dedicated to inspire people from all backgrounds to explore and develop their passion for mathematics.

We provide mentorship and networking opportunities to encourage students from underrepresented backgrounds to pursue mathematics-related careers. We host community-building events to foster an open learning environment in mathematics for underrepresented minorities and allies. We also push to raise awareness about the need for more diversity in mathematics.

If you want to be part of a warm and welcoming community and be connected to the resources you need to succeed in your mathematics career, do join our club!

Expanding Economics is McGill University’s branch of a global network of groups called Rethinking Economics, which are united by the mission to practice and promote an economics that is open, relevant, and for everyone. To achieve this, we host various events on and off-campus and share resources on our social media that present new schools of economic thought and foster discussion on these perspectives. We also hope to create a stronger relationship with the Economics department at McGill in order to communicate our missions and have them incorporated into the curriculum at McGill. 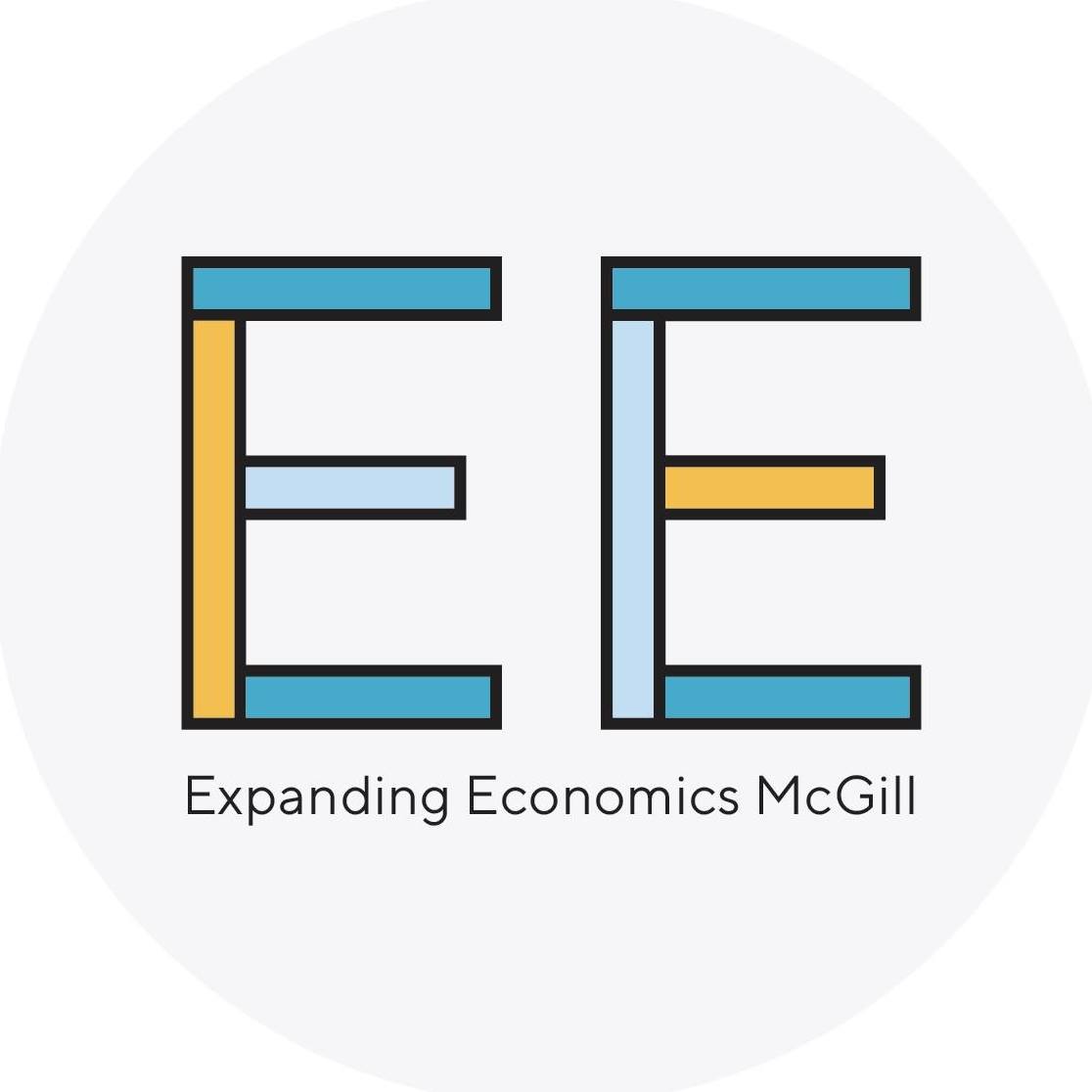 Médecins Sans Frontières (MSF) was created in 1971 by a group of French doctors and journalists. Since then, this pioneering organization has treated over one hundred million patients worldwide. Today, MSF works in over 60 countries and provides emergency aid with complete independence from political, economic and religious influences.

Friends of MSF groups are student societies in various Canadian Universities. Our McGill chapter is an official supporter of MSF. Our goals are to increase awareness for MSF, create fundraising activities and to encourage aspiring humanitarians to consider working with MSF.

HeForShe McGill is a student-run organization inspired by the UN Women Gender Equality Solidarity Movement. We are dedicated to promoting gender equality in all corners of society by starting with McGill and the greater Montreal community. Often, male-identifying individuals don’t feel included in the feminist movement, or think that gender inequality is not an issue that affects them. However, it affects people of all genders and having a more gender equal world benefits everyone. Our club is committed to providing a space where people of all genders can have a conversation surrounding the topic of gender equality. This includes, but is not limited to, discussion surrounding equal pay, violence against women, toxic masculinity, detrimental gender stereotypes and many more. We strive to actively engage a wide cross-section of people in these conversations. Our club hopes to spread awareness about the realities of gender inequality, and aims to use conversations to inform solutions and better the lives of anyone affected by gender inequality.

The Indigenous Student Alliance (ISA) is a community of Indigenous students and allies based at McGill University. The ISA aims to foster Indigenous community growth, unite Indigenous students and allies, and develop relationships with other marginalized communities. The ISA’s work is in constant conversation with the ideas and hopes of Indigenous students, with the goal of bringing them to life in our community. In recent years, this has led to concerted efforts in advocacy work, allyship with other marginalized groups, and Indigenous community-building. Before the pandemic, the ISA could be found selling their bannock on campus, organizing or attending demonstrations and community events, contributing to panel discussions, crafting at First Peoples House, and just hanging out and building community! They intend to continue efforts like these in a safe and hybrid-virtual environment this year. 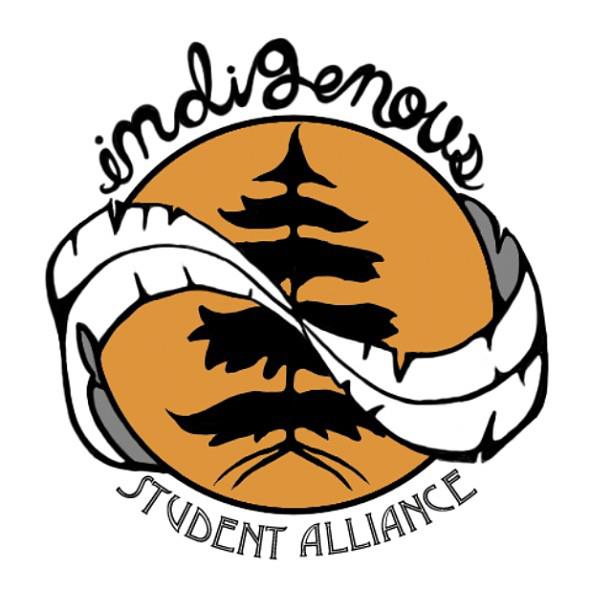 The JHR McGill Chapter is an entirely student-run platform that seeks to cover human rights stories objectively and effectively. We operate through the use of numerous forms of media, including an online journal, podcasts, and video segments. We are affiliated with the larger JHR organization. To this end, JHR McGill is dedicated to promoting a unified campus on issues related to human rights and journalism. We strive to collaborate with other clubs and services on events and campaigns. Groups that we have coordinated with in the past include TV McGill, CKUT, McGill Global AIDS Coalition, Cinema Politica, Arts Internship Office, among others. We are open to working with more clubs on campus: if you are part of a group and would like to work with JHR McGill, please contact us at jhrmcgill@ssmu.ca. Stay in touch by joining our listserv (email us at jhrmcgill@ssmu.ca) and our Facebook group. 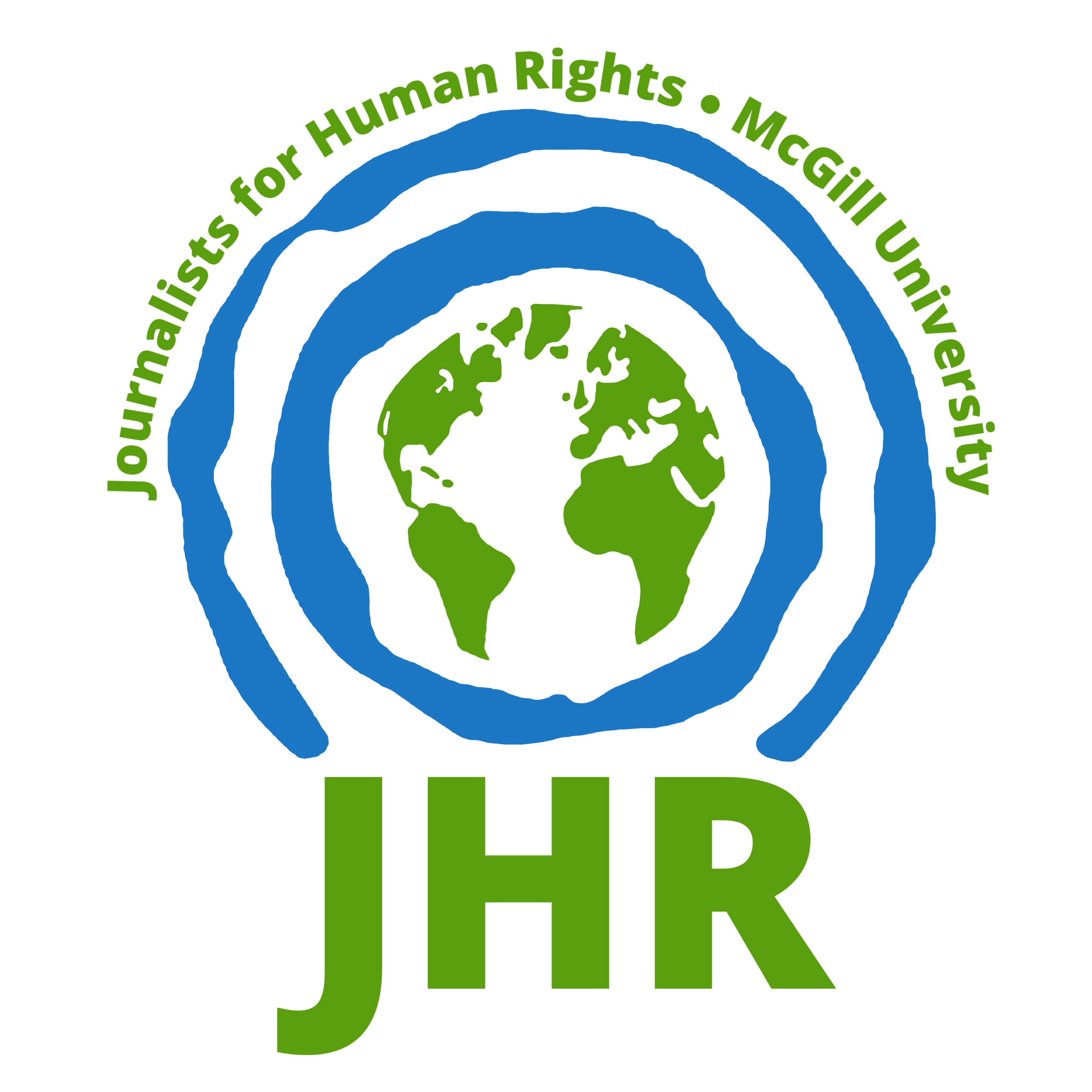 Liberal McGill is accredited by the Young Liberals of Canada (Quebec) and is a student group of the Students’ Society of McGill University (SSMU).

This page is a means to connect Liberals from across Canada with Liberals at McGill to discuss ideas, get information about our upcoming events, and further theCanadian political dialogue.

Learn more about the mandate and structure of Liberal McGill in their club constitution. 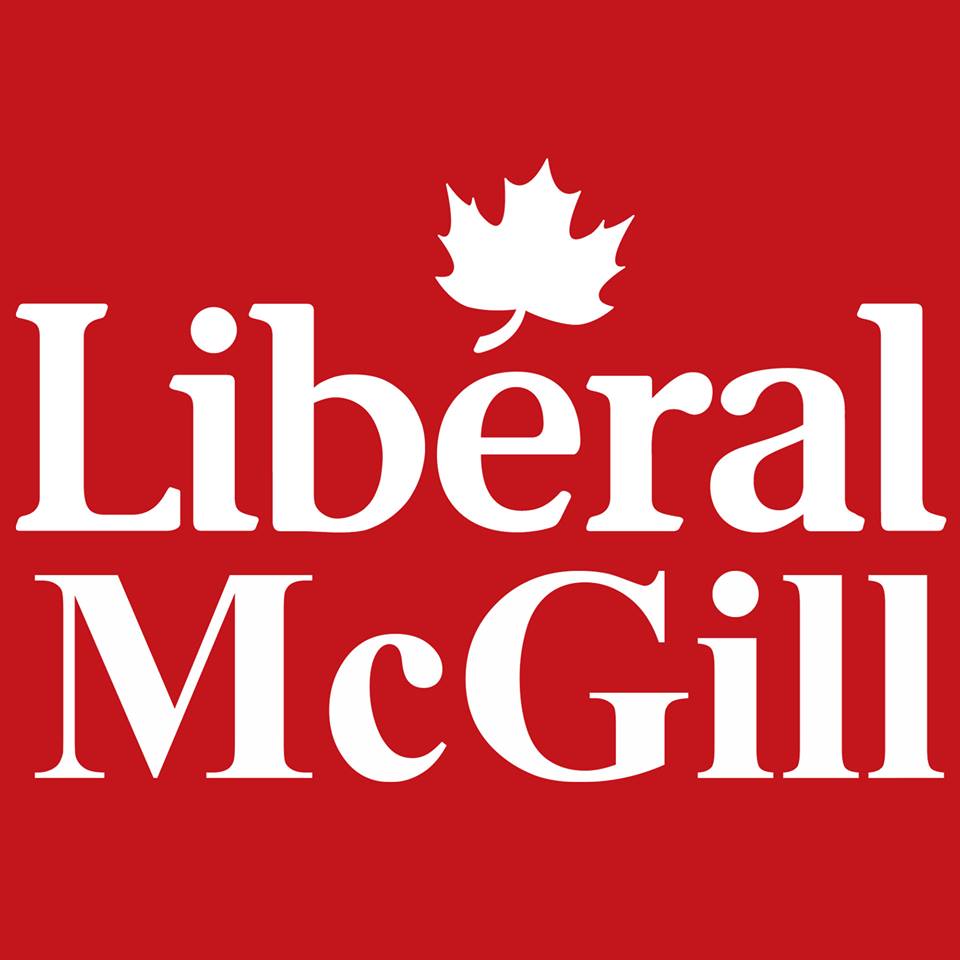 The McGill Collective for Gender Equality – formerly known as McGill Students for UN Women – is a group of students who work to engage their community through advocacy, fundraising, and volunteerism. Their primary ambition is to raise awareness about issues pertaining to gender equality and women’s empowerment.

In short, the McGill Collective for Gender Equality is a diverse group of students who come together to put on a variety of fun, thought-provoking events so as to raise awareness about important issues, support local organizations, and build a strong community of changemakers on campus.

The McGill Model Parliament is a Student Group of the Students’ Society of McGill University (SSMU) which aims to establish a model of Canadian parliamentary process which delegates can participate in. 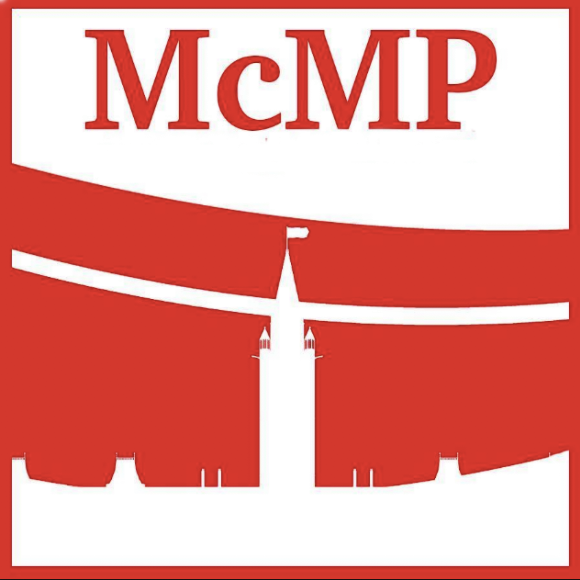 We are the McGill Chapter of HanVoice, which Canada’s largest non-profit advocating for North Korean human rights and refugee issues. 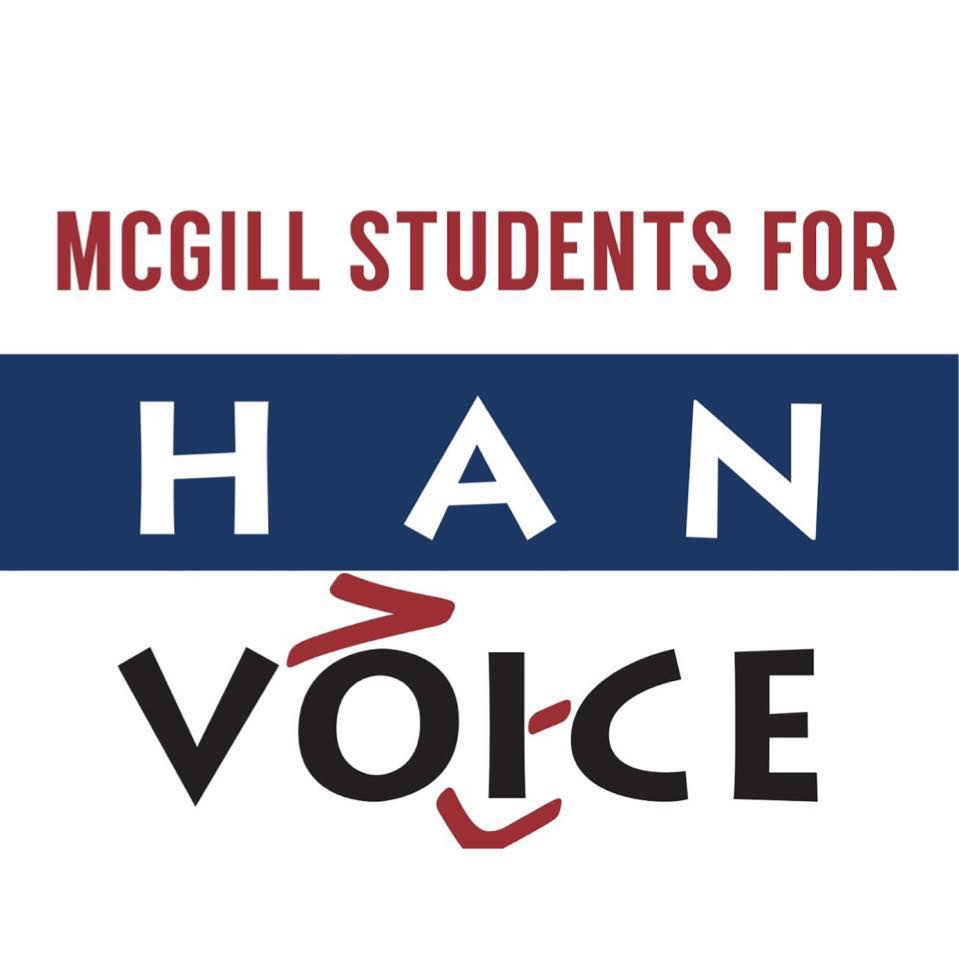 Addiction treatment is seriously outdated – even on campus! McGill Students for Science-based Addiction Treatment (MSSAT) is a student-led initiative dedicated to this continually overlooked issue. We are concerned by the lack of resources on campus, and the unscientific nature of current (outdated) standards in addiction treatment around the globe! We have lots of exciting projects and events planned, and we’re always looking for innovative + compassionate individuals to join the cause! Our priorities include: evidence-based support groups for students with behavioural and substance addictions, curriculum changes for relevant programs (e.g. medicine, nursing, social work), and a solution-focused conference to wrap up the year! 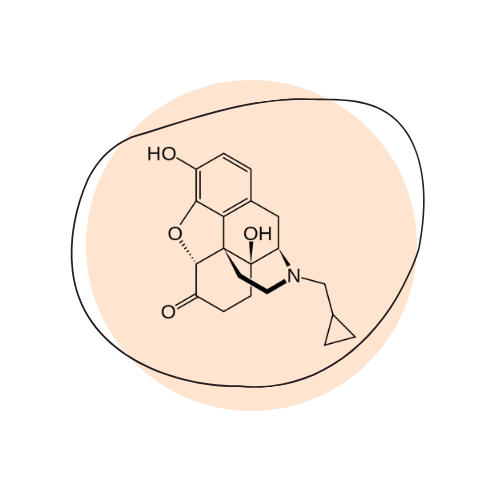 SPHR is a non-hierarchical club that champions the Palestinian liberation struggle against settler-colonialism, apartheid and genocide, based on principles of anti-colonial solidarity and social justice. We also advocate for the rights of Palestinian students in the face of racism, misinformation, harassment and surveillance at McGill, as well as campaign for an end to the University’s complicity in the colonization of Palestine. 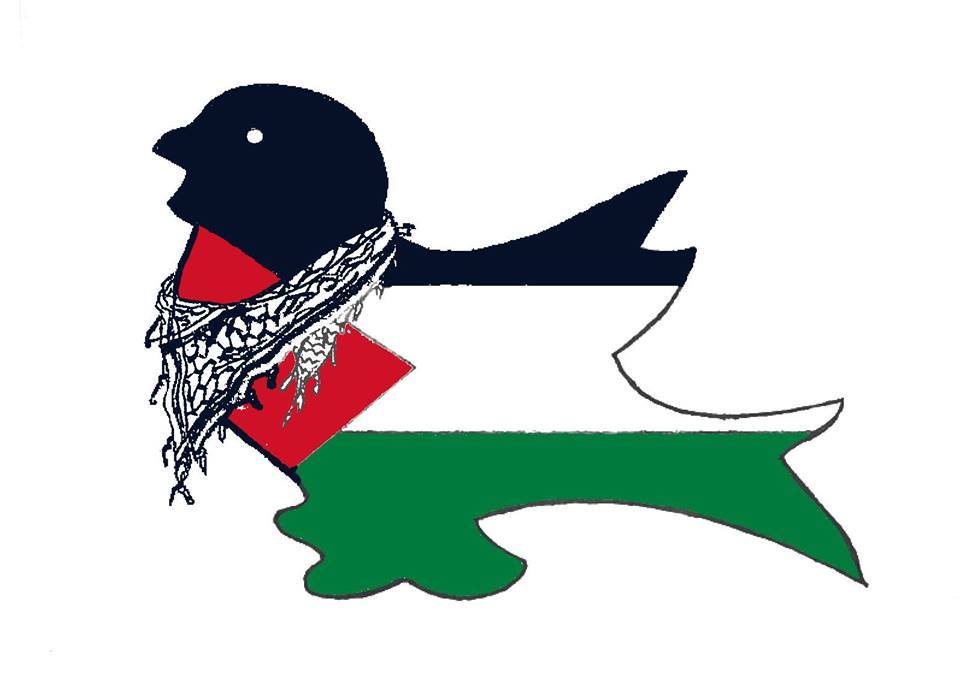 Projet Montréal McGill Students Association seeks to promote and build upon, with the McGill student body, the mission of Projet Montréal as enumerated in section 2 of its statutes: “Projet Montréal offers Montrealers a way of life in the city on a human scale, respectful of its diversity and the identity and richness of each of its boroughs and each and every one of its residents. To do this, it puts forward an innovative urban, social and economic vision, on the lookout for good practices, centred on sustainable development, democracy, solidarity, equity, social justice, sound management and transparency. The Party aims for a better quality of life for all”.

Socialist Fightback is present at Concordia and McGill universities in Montreal. We organize education in Marxist theory, the history of class struggle and current world and national events. We are also a fighting and activist organization involved in struggles for free education, against racism and fascism, against imperialist war, for women’s emancipation and workers solidarity. We aim to respond to the needs, concerns and aspirations of students across Canada who are looking for an alternative to the capitalist status quo. If you agree with this program, help us fight for it! 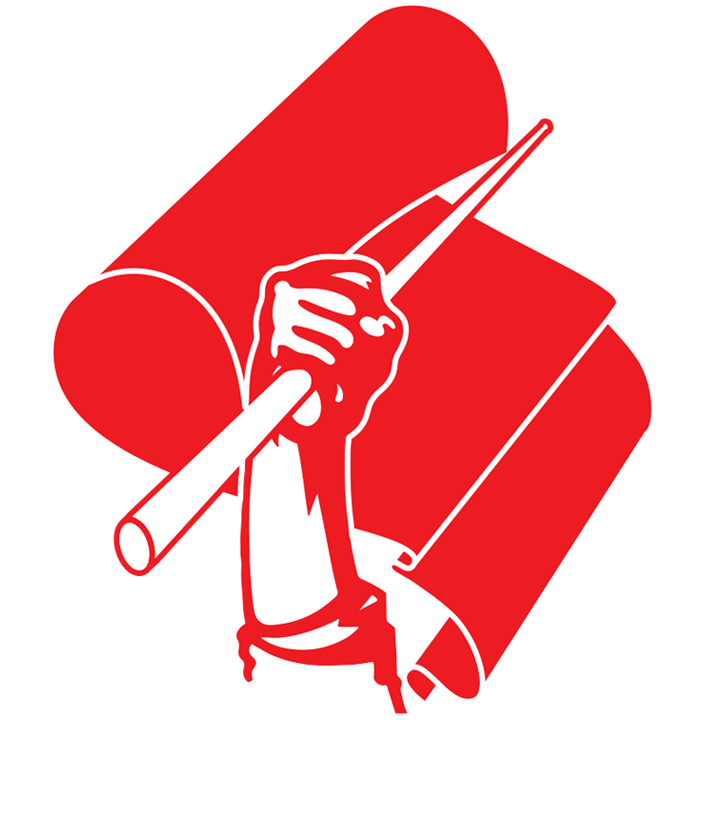